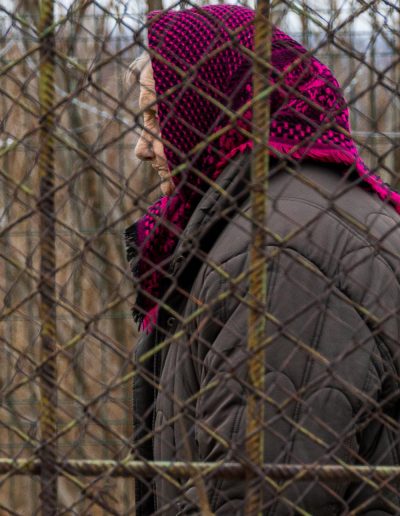 A grandmother alone at the border

This old lady crossed the border alone, carrying only a small bag. Every now and then she stops and looks back, her life is behind her, her homeland, who knows if she will ever see it again. 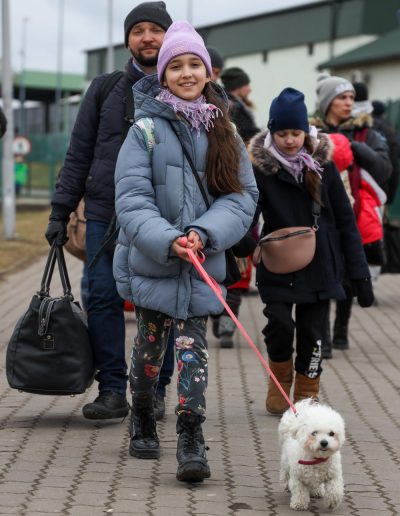 A smile is a gift

Many families, few with men, all arrive at Medyka Pass. The volunteers welcome them with warm clothes, blankets, hot food, toys and sweets. 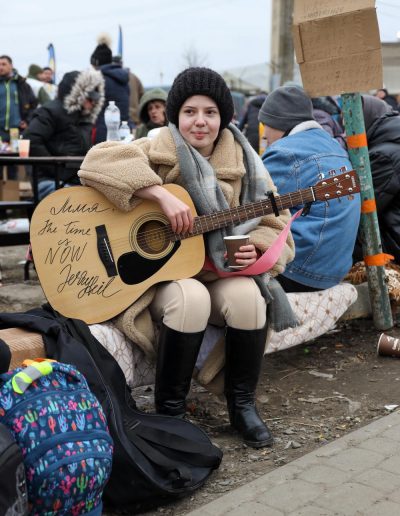 This young Ukrainian girl plays her guitar while waiting for the bus in Medyka. 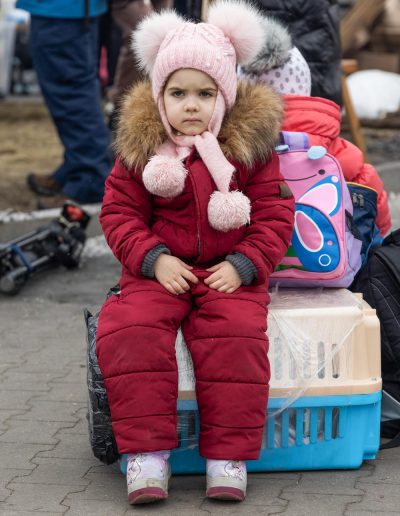 Not all children understand the long waits. 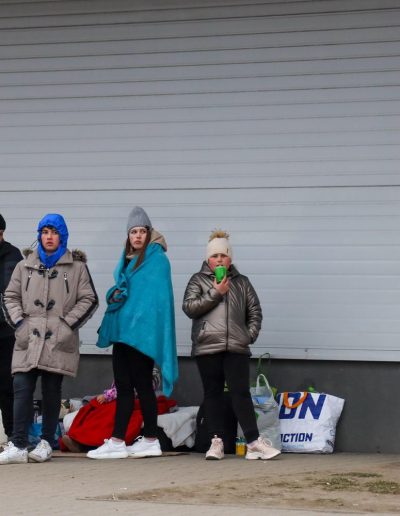 A few meters from the border, a family awaits a new destination in front of a customs warehouse. 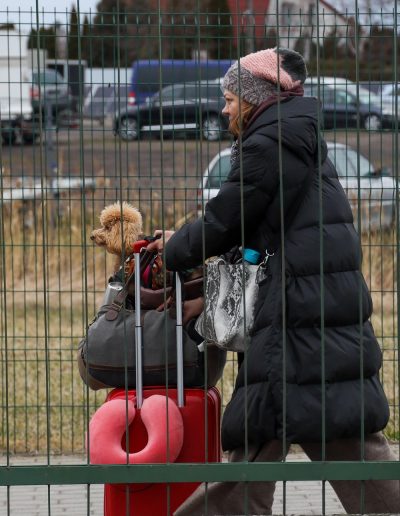 A dog in the bag

Many were left behind, others were able to come with their families. 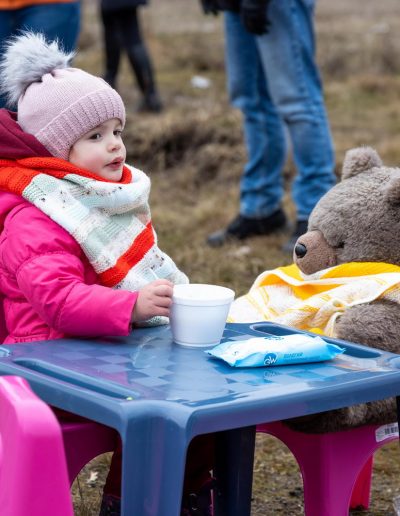 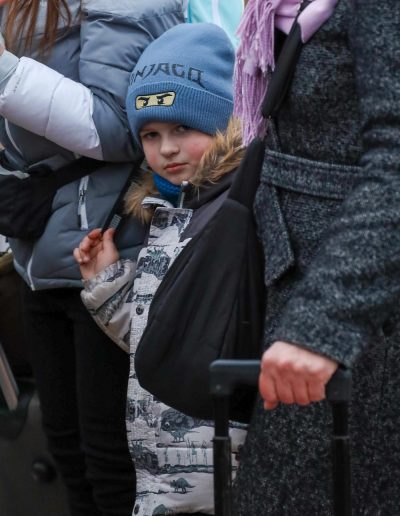 A child’s reality turned into an adult craze grows up faster than expected. 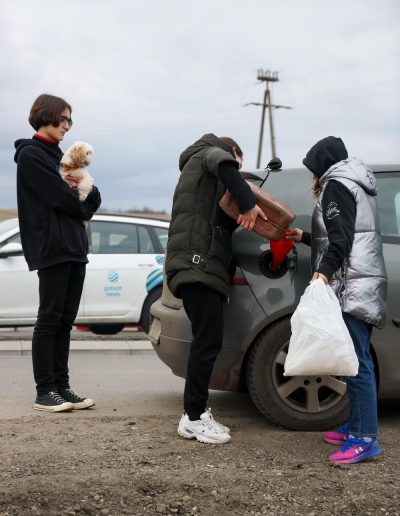 They load up where they can.

Many cross the border in their vehicles, the cost of oil has skyrocketed with the war and there is a shortage of fuel. 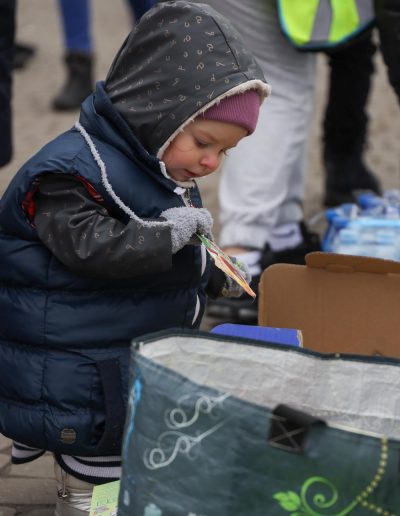 A little girl imitates her mother picking up some of the donations at the border point. 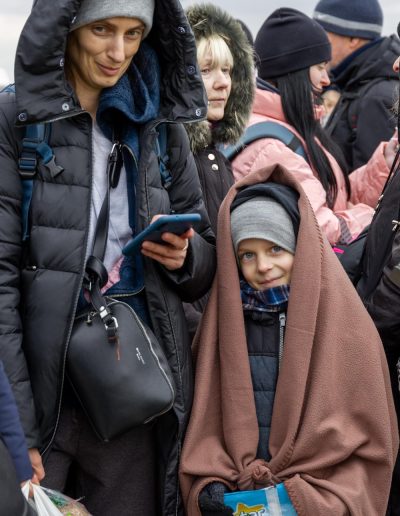 A mother and daughter

They are at the head of the line waiting for the arrival of the bus that will take them to the city and away from the war. 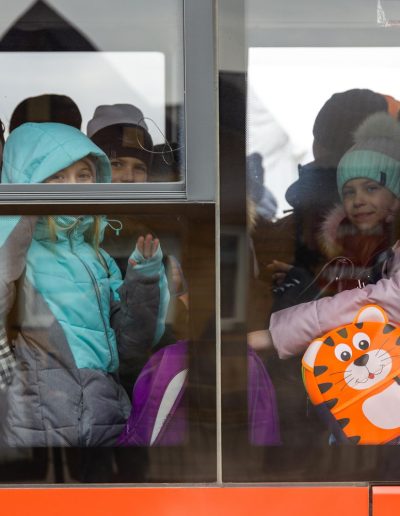 Already on the Bus

After waiting for a while in the open, boarding a bus can feel closer to the destination than at the beginning of the trip. 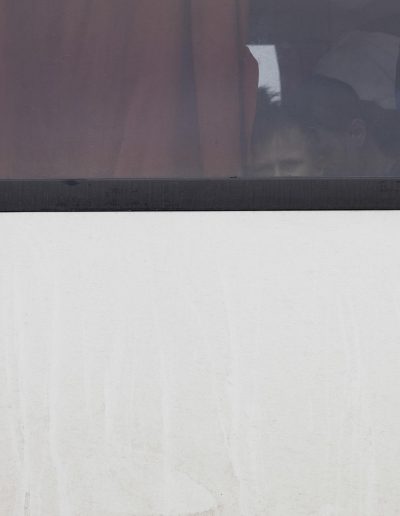 Many journalists, photographers and cameramen wait at the border for the arrival of the refugees. A child observes from the window of the bus this curious fauna that stalks him. 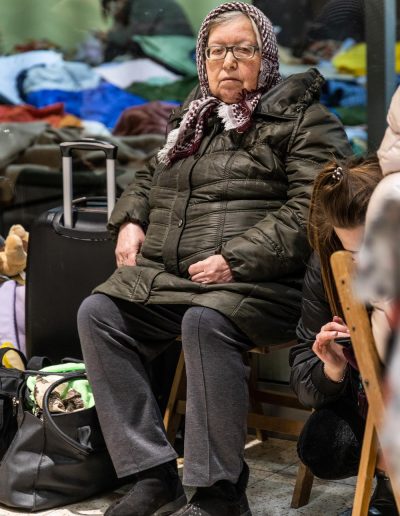 At the refugee center

A lady waits in the chaotic crowd at the refugee reception center. 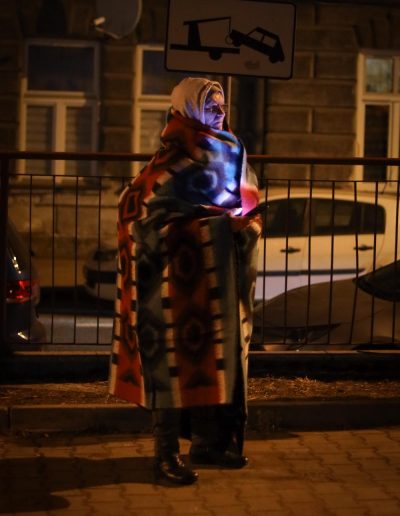 It is night and very cold, she waits for other trains that are arriving, maybe someone from her family will come on them. 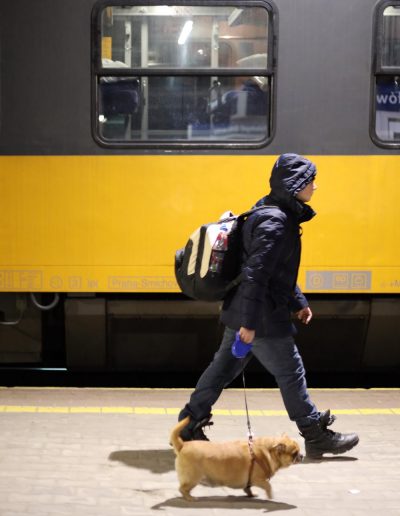 The train station in Przemysl, from where trains leave for all parts of Poland and Europe, thus getting away from the war.

900 km from Berlin is Przemyśl in Poland. This is the largest town near the Medyka crossing point at the Ukrainian border. There we went with German photographer Jakob Schottstädt. Thanks to the cooperation of many people, we were able to cover the costs of our trip and document what happens to refugees fleeing the war in Ukraine. This is just one of the points on the border, but there are many others. As I write these lines, thousands of people are still escaping the madness and many thousands more are dying there because of the constant shelling by the Russian army.
When we arrive at the various refugee reception points, the first impression is of order in the chaos. Volunteers come and go, some soldiers guard the place with their faces covered. At times a tide of people crowd in some space consulting, looking for orientation, lines are formed, the feeling is that they are lost, they do not know which way to go, the panorama is desolate.
They left everything behind, some only bring a bag, their life is left behind and they have nothing more than what they carry with them.
The refugees speak only Ukrainian or Russian, it is very difficult to communicate and they do not stop arriving and arriving.
The cold is terrible, the amount of people is too many, the feeling that what we do is too little.
It is impossible to be in their skin, we can only empathize with them, not forgetting that it could be us, any of us.
Today all the eyes of the world are on Ukraine but in many other places there are people, who like them, neither more nor less important, are being displaced from their homes, leaving everything behind, being left with nothing.
This is a visual memory of a few days on the border, where solidarity is the most important capital we human beings can have.
One more demonstration of how ridiculous wars are, how unjustifiable. Today I shout out loud: no to war, no war at all.
Manage consent to cookies
This website uses cookies that are necessary for the technical operation of the website and are always set. Other cookies, which are intended to increase comfort when using this website, serve direct advertising or facilitate interaction with other websites and social networks, are only set with your consent.
Manage options Manage services Manage vendors Read more about these purposes
View preferences
{title} {title} {title}